Meeting Andrea Fumagalli, for many Andy Fluon, and for many simply Andy from Bluvertigo, is like diving into a parallel creative universe, in which sounds combine with images and colours.

Andy Bluvertigo is a Keyboard player, saxophonist, founder of Bluvertigo with Morgan, the voice of Fluon, but is also appreciated as a painter whose works radiate fluorescence. The universe that Andy the painter inhabits is a world filled with allusions to pop imbued with his personality in a style that unites extreme darks with multitudes of colours in a joyous “Cartoonia”. The fluorescent tones contained by black borders are part of his personalised pictorial code, which synthesises, in a way which is never predictable, forms and planes that are narrative and perspectival. The subjects of his works are icons of art, music, cinema but also cartoons and ads that are decontextualized and relocated in our time, through fragments of personal memories. Andy lives and works in Monza.

What were your first aesthetic inspirations and in what ways do your art and music influence each other?

“Since I was very young, from an academic point of view, I have been close to graphic art, even before music. In fact, I specialised in illustration and graphic advertising at the Accademia delle Arti Applicate in Milan. I met Morgan and we began playing (it was 1986, editor’s note).  In 1991 we founded Bluvertigo and with sax, keyboards, voice and synthesisers I contributed to the composition of three albums, live recordings and a series of successes. Music and painting have always gone together in my life, drawing inspiration from one another. I follow these parallel routes, because these are the things I do best. So, in reality the disciplines developed in similar ways. My pictorial code was born in the early 1990s and centred round a balanced alternation between FLUorescence and inFLUence”. 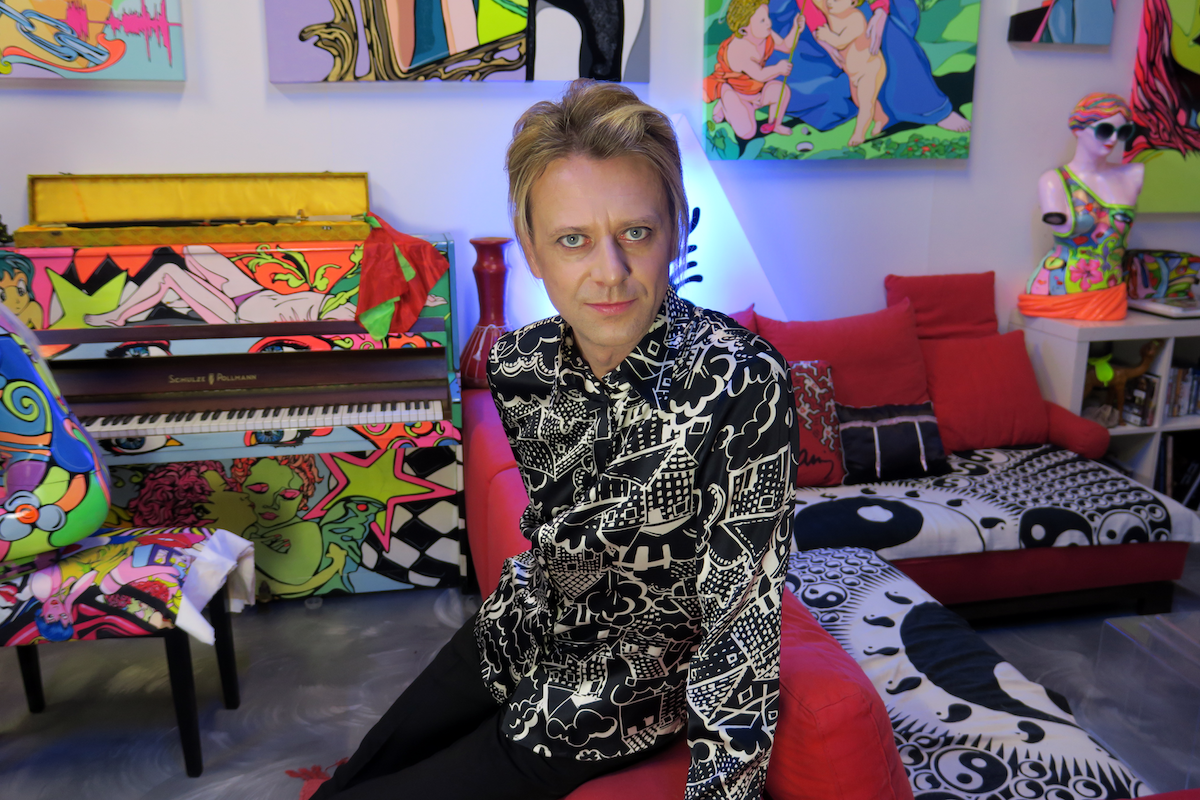 Do your paintings represent a sort of “escape from reality?

“Quite the opposite, my paintings are an amplification of reality. I enter Cartoonia, and whoever commissions a portrait or a painting, comes in with me, they enter my parallel reality. So, as in music, photographs of sound are sampled, in painting what moves me is transposed into this fluorescent parallel reality”.

Where does your inspiration come from?

“We are in a world that often overwhelms us, we are living through an epoch of confusion and in the confusion I like to be a drone who can hover over different contexts, taking in different ideas, floating from one thing to another. My “Maestro” is Warhol, but I find inspiration also in the liberty style of Alfonse Mucha and the Orient, which I know really well, above all China. I also love revisiting the past with memoires of manga and a celebration of the 1980s. And talking of the ‘80s, I have to mention David Bowie, a great source of inspiration for my two worlds: the musical events of Andy and The White Dukes are an example. A David Bowie Show, which Morgan also took part in on one date, my own reinterpretation of his repertoire and biggest hits. It isn’t strictly a tribute to Bowie, because my show doesn’t emulate him, it’s a vision of my own. Even the costume changes during the live performance are from my wardrobe, not the White Duke’s. For me, it’s an opportunity to sing his repertoire with my voice”.

«A lot. Aesthetically he has been one of my biggest influences. Bowie and the work he did with Lindsay Kemp». 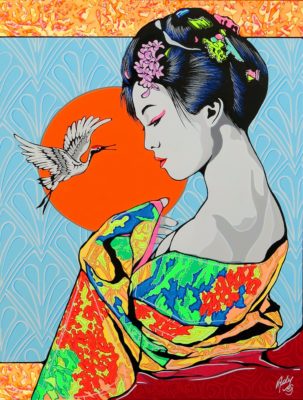 Search
Post recenti
Archives
We use cookies to make sure you can have the best experience on our site. If you continue to use this site you will accept its use.OkNoCookie policy